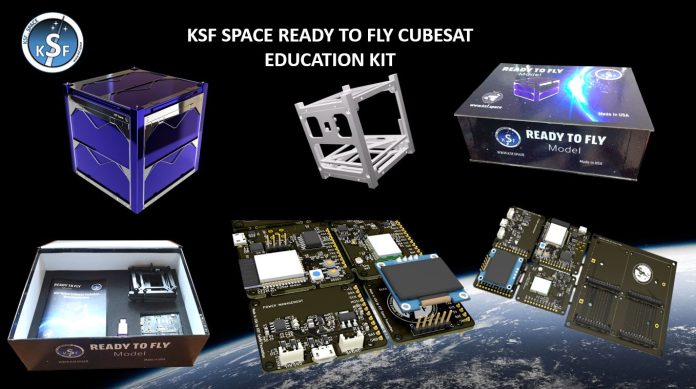 To make it easier to build inexpensive satellites in the CubeSat class, the KSF Space Foundation recently revealed the launch of the world’s cheapest CubeSat (NanoSatellite). Allied Market Research forecasts that the worldwide economy for smaller scale satellites in space would reach $491.3m by 2027, expanding at over 15 percent annually.

The goal of the CubeSat design is to make it easier to build CubeSat-class spacecraft on a budget. Small satellites known as “CubeSats” are cube-shaped and weigh around 1 kilogram. As a result, these CubeSats have the lowest unit cost compared to other satellites of their kind. Furthermore, these features make it an excellent option for small satellite industrial outreach in the areas of research and education.

A CubeSat can function as a standalone device or as part of a larger constellation. This form factor’s lower spacecraft development costs free up research monies that would otherwise have to be used to support faculty members’ efforts to develop spacecraft as part of their classroom instruction. The danger of mission failure is mitigated for the responsible faculty member when teaching funds are used (as opposed to research funding), allowing for greater student leadership and involvement. Since most schools have a steady budget for education, this method makes it easy to include the small satellite program in lessons year after year. The model has been flight-tested and is now ready for integration and post-integration of any additional payload. Standard configurations include standard CubeSat instruments, however KSF Space Foundation also provides more sophisticated configurations as needed.

With more and more microsatellites being used for missions, sophisticated computer simulations are becoming increasingly important. Furthermore, the cost is easily within reach for many schools of higher learning in third world countries. As said by Dr Kayyai the president of KSF Space Foundation “well within the budgetary means of academic research institutions. They can immediately purchase these CubeSat kits without resorting to fundraising or soliciting donations”

The initial motivation behind the creation of the KSF Space Foundation was to provide low-cost options for reaching low Earth orbit (LEO) with no negative effects on the surrounding environment. Earth and space surveillance, medical testing, satellite placement identification, earth magnetic field assessment, radio transmission, and atmospheric science and technology investigations are only few of the areas that can benefit from the foundation’s access to LEO and near-space.