Understand The Alcohol Recovery Timeline and Benefits of Quitting Alcohol 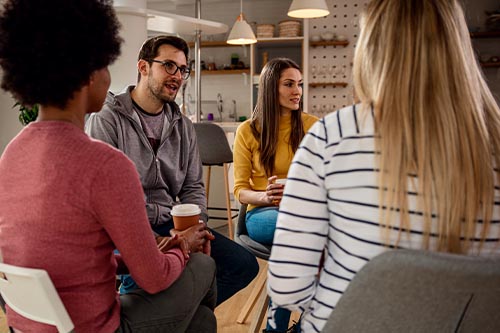 With more people expected to participate in Sober October this year, we thought it might be helpful to discuss some common alcohol withdrawal symptoms and other effects of quitting alcohol.

There is a common misconception that you’ll feel completely revitalized after you’ve abstained from alcohol for a while, such as Sober October or whenever you believe the time is appropriate. Think more clearly, have more incredible physical strength, sleep better, and drop some pounds, right? These occurrences are inevitable, albeit they may not play out exactly as you want. Instead, it’s a process that often starts with symptoms worsening before they improve. There’s also no simple way to predict how many days or weeks it’ll be before you start reaping the rewards. 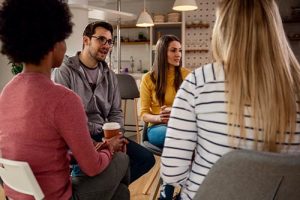 Every individual who commits to abstinence must go through the troubles of the first 72 hours after deciding to quit. Even though the effects of alcohol are short-lived, the body’s attempt to compensate for the high amounts of the depressant alcohol that is generally in the system may begin as early as 2 hours following your last drink. The most severe withdrawal symptoms, including potentially fatal seizures, often peak between 12 and 72 hours.

Most individuals will no longer suffer from withdrawal symptoms in less than a week. Their bodies will have already begun to return to normal function, significantly improving their quality of life. Even after just seven days, some people report better sleep, and those advantages accelerate in the following weeks. Post-withdrawal effects, including cravings and fatigue, often last for about two weeks after quitting, after which they begin to subside.

After abstaining from alcohol for just a month, you should begin seeing positive health changes. In addition to the health benefits of reduced alcohol intake, these individuals may also notice an improvement in their blood pressure, skin condition, and overall weight. If you did not drink towards the point of severe liver problems, but your liver did start to get fatty, it may have already cleared up and be performing at close to normal efficiency by the end of your first month of sobriety.

After three months of sobriety, you will see improvements in your physical health and mental wellness. Some individuals may still be experiencing significant post-withdrawal symptoms even after three months, although this is unusual. Additionally, the liver should be back to normal by now.

Your health will improve dramatically in as little as two weeks if you quit alcohol. It may take a bit longer if you’ve had a history of excessive drinking, but you’ll be much better off in the end. Reach out to Mallard Lake Detox Center in Houston, Texas to find out how our treatment programs can help you in your fight against alcohol addiction.

Ways to Choose the Right Topic for your Research Work

The Importance of Corporate Video Production: 9 Ways to Boost Your Brand