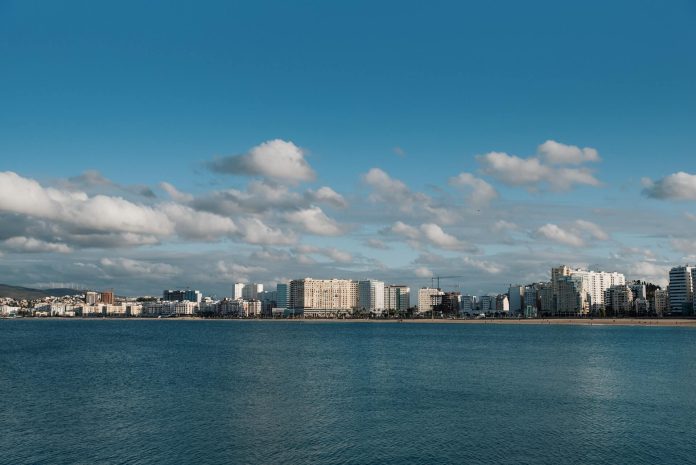 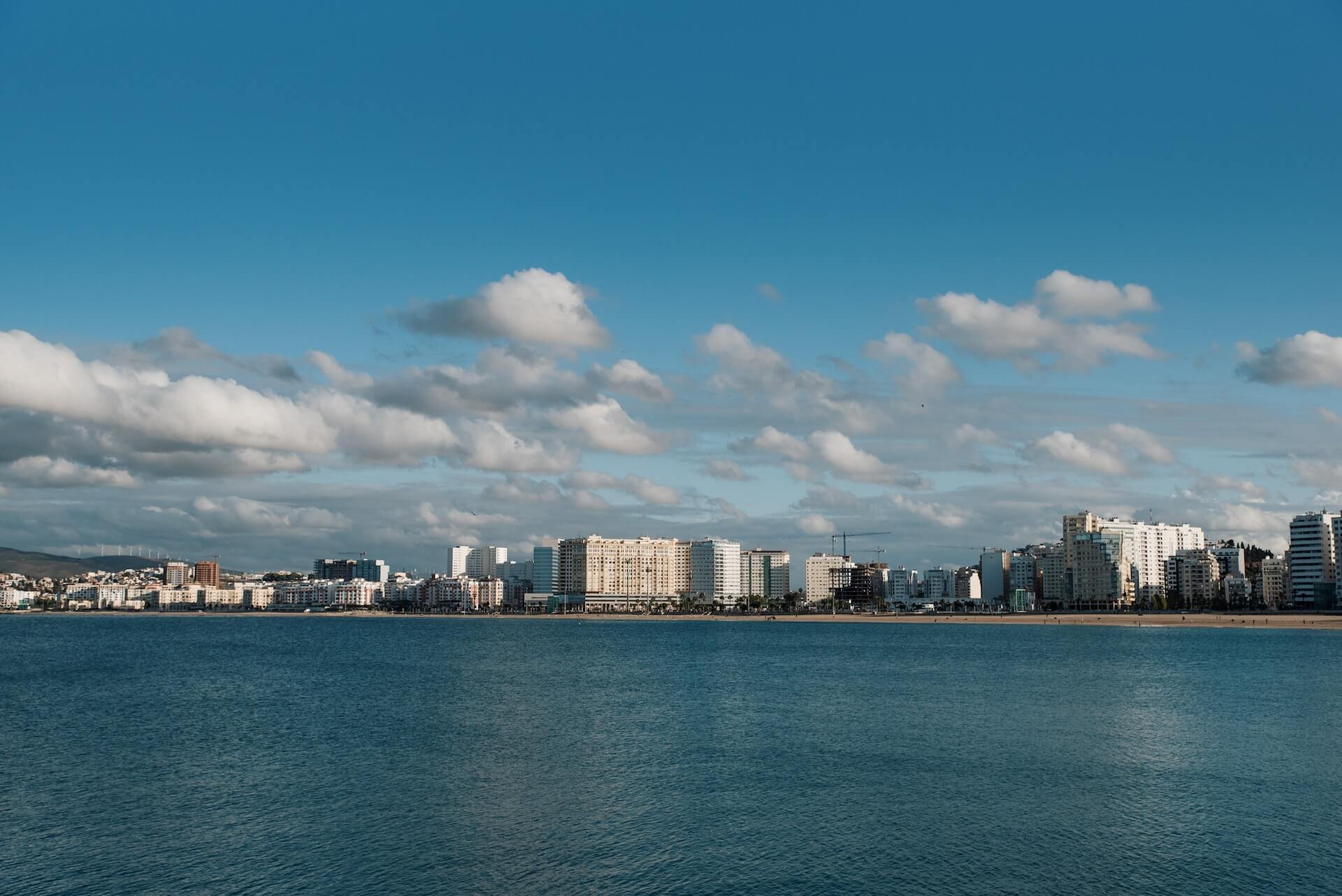 The Andalusian Morocco Tour take you to a part of the Moroccan kingdom that is still relatively unknown, where Andalusian influences are still dictating the life of tiny settlements in the western Rif Mountains. Tangier, the mystical blue Chefchaouen, but also Royal Fes, Meknes, and Rabat, the capital, are all waiting for you.

Tangier has been at the heart of Moroccan culture since the 5th century and remains one of the must-see cities when visiting Morocco. It is the gateway to Africa from Europe, as it is only 14km by ferry from the south of Spain, making it ideal for people who want to combine Sapin to Morocco, or the south of Spain to the north of Morocco, which have many similarities and both have Andalusian influences.

When you arrive in Tangier, you will be welcomed and greeted by a PURE MOROCCO driver. Panoramic city sightseeing and transport to your hotel; check-in and free time to relax.

After breakfast, go to your Tangier guided tour.

Visit Tangier and all of its prominent tourist attractions. Because of its many colonies, Tangier has been termed the “city of strangers” (Phoenicians, Romans, Vandals, Arabs, Portuguese, British, French and Spanish). This city is still a melting pot where we eat foods from all ethnicities.

The guided tour will take you along the shore to experience what the city is known for. Like the Kasbah, the grave of Ibn Battouta, a renowned wanderer born in Tangier in the 14th century, the Teatro Cervantes, and the Grand Socco.

The Tangier American Legation Museum, with its Paul Bowles Wing dedicated to the writer and composer who spent most of his adult life in Tangier, and the Kasbah Museum, the former Sultan’s palace, deserve to be seen not only for its collection of artifacts from the Phoenician to modern times, but also for the building and garden.

Lunch at a local restaurant is optional.

Afternoon free to explore Tangier’s main town on your own.

After breakfast at the hotel, drive to Chefchaouen via Tetouan.

A stop is planned at Tetouan, which is regarded as the most Andalusian city in Morocco‘s monarchy. Tetouan’s neighborhoods are divided into three architectural styles: Andalusian (Medina), early and mid-twentieth-century Spanish (Ensanche), and post-independence Spanish (Ensanche) (peripheral neighborhoods). Each style has modifications that are more or less significant in terms of the progression of styles and materials.

You will go to the Blue City in the afternoon. Chefchaouen is a city cut into the slopes of two mountains, featuring blue and white lime-washed homes. A strong allure that may be felt in the Outa-el-Hammam plaza and the cobblestone medina.

From a café terrace, you may enjoy an excellent view of the enormous Tarik-Ben-Ziad mosque, whose octagonal minaret is inspired by Seville’s Torre de Oro. This Andalusian architecture may be seen at the Kasbah and its gardens, located in the medina’s heart. Its walls and 11 crenellated towers, one of which was a prison, now contain an excellent ethnographic museum.

Dinner at a nearby restaurant

In Chefchaouen, spend the night.

Breakfat and departure from Meknes towards Fès.

Meknes is an Imperial metropolis created in the 17th century by Alaouite ruler Moulay Ismael, who wished to make Meknes one of Morocco’s most beautiful and strong Imperial capitals. And it is still defended by 40km of walls today. Meknès’ medina and the ruins of the royal palace gained it a spot on Unesco’s list of world heritage sites.

Bab Mansour, considered one of the most magnificent gates in the world, was built in the early 18th century. It is the gateway to the Imperial City, where a visit to the Sultan’s Mausoleum is still worthwhile.

Meknes boasts one of Morocco’s busiest medinas. The Place El-Hedime, which is positioned directly between the old town and the Imperial portion of town, contains the covered market and gets lively at dusk: fire-swallowers, storytellers, animal trainers, and jugglers create a scene unlike anything you’ve ever experienced.

Volubilis, Morocco’s greatest Roman archeological site, is located 31 kilometers north of Meknes. The triumphal arch, the capital building, and the House of Bacchus all attest to the city’s magnificence as well as its economic and political weight. Not to mention the mosaics’ moving delicacy. Allow at least two hours to locate this hidden gem.

Idriss Moulay Zerhoun is Morocco’s most significant pilgrimage site. Here is the tomb of Moulay Idriss I, the founder of the Idrissid Dynasty and the prophet Mohammad’s great-grandson.
With its whitewashed cottages across (and between) two green hilltops, the village enjoys a lovely location.

Arrival in Fez, optional supper, and overnight stay in Fez

After breakfast at your hotel, go on a full-day city tour of Fez.

The imperial city of Fes best depicts the Moroccan kingdom‘s and its old civilization’s ancestral history. It was and still is the epicenter of intellectual and spiritual innovation not just in Morocco, but also across the Islamic world. Fes is home to the world’s oldest university, Al Quaraouiyyne, and its medieval medina was designated a UNESCO World Heritage Site in 1981.

The medina: Traditionally, you should begin your journey of the medina at the Bab Boujlloud Gate. The enormous Bou Inania medersa is the first monument you see.

Continue down Talaa Kebira Street (huge climb) to see the Tijani zaoua (zaoua, sanctuary of a religious brotherhood) and the instrument manufacturers’ souk before arriving at the mzara (shrine) of the old king Moulay Idriss, which is located where he decided to create the town. After passing the babouche merchants, you will arrive at En-Nejjarine Square and the cabinetmakers’ souk.

The Museum of Wooden Arts and Crafts is housed in the exquisite carved foundouk (caravanserai) on the plaza. Nearby is the kissaria (covered market), which sells jewelry and beautiful textiles (it is shut at night). Next to it lies the most frequented and cherished landmark in Fès: the zaoua of Moulay Idriss, the town’s founder.

Your journey continues to Es-Seffarine Square, the Coppersmith Square, and the Tanners’ Quarter, which is located right before the Andalusian Quarter with its mosque and the Es-Sahrij medersa.

Medresas: A Medersa is a school where the Koran is taught alongside traditional subjects such as mathematics, grammar, history, astronomy, and medicine. Medersas play an essential role in integrating students from various areas in Morocco, particularly in Fès. They are often designed around a central courtyard with a fountain.

El-Attarine: Between 1323 and 1325, the Merenids created this marvel. The center courtyard is lavishly ornamented. Sura carved in wood or plaster adorn the walls. The fountain and marble columns are ornately decorated with zellige (tiled mosaic).

Bou Inania: The largest Medersa in Fès, erected between 1350 and 1357. Pass through the majestic entry with its hefty copper work doors, then be awed by the wealth of pottery, the elegance of the sculptured wood and plaster, and the chiseled stalactites known as mukarnas, which are the hallmarks of Merenid architecture. The onyx and marble courtyard is topped with a canopy of traditional Fès green tiles.

In Fez, spend the night.

After breakfast at your accommodation, leave by highway for Rabat, Morocco’s capital.

Rabat is one of Morooco’s four imperial cities. The “new town” (built at the start of the French protectorate in Morocco), the Kasbah Oudayas, the Testing garden, the medina ramparts and Almohad gates, the site of Chellah Hassan mosque (Hassan Tower), the Mohammed V mausoleum, and the habous neighborhood near Diour Jamaa are all on the UNESCO World Heritage List. (Visit to all of these attractions and the Oudayas Museum.

After breakfast, head towards Tangier via the highway.

Departure Breakfast at your accommodation, followed by a transport to Tangier Airport according to your departure itinerary.

The conclusion of our services